You are here: Home / News

In a project that has just been completed (see FHF #901453 Norwegian language), Aquamedic and 4 partners have carried out this field study to quantify the advantages and disadvantages of using the Midt-Norsk-Ring together with use of the skirt. The project has done research of the effect of using skirts against lice impact and attempted to quantify biological benefits or possible disadvantages (primarily related to the aquatic environment at the top of the net cages) by simultaneously using the Midt-Norsk-Ring.

In two marine sites with net pens operated both with and without skirts and Midt-Norsk-Ring, the louse settlement was generally very low for most part of the observation period, with little to no observed shielding effect of skirts against settlement of louse larvae. However, one of the sites experienced up to 50% reduced larvae settlement in net pens with Midt-Norsk-Ring following a relatively short mid-summer period with massive influx of copepodids. No such clear effect was, however, seen in a second site that experienced a much lower influx of copepodids during the same period.

The FHF project “Gut Matters” started in 2018 to identify and find remedies for damage to the salmon’s intestinal function that may be caused by new plant ingredients in the feed. A survey on intestinal tissue injuries was completed in 2018 and showed minor to moderate inflammatory changes, especially as the fish approached harvest size. Elvis Chickwati from Aquamedic will present the results to international fish feed specialists at the Aquaculture Europe conference in Berlin 7-10 October 2019. The project continues through 2020, including feeding trials to find recipes that reduce the undesirable effects of plant ingredients. 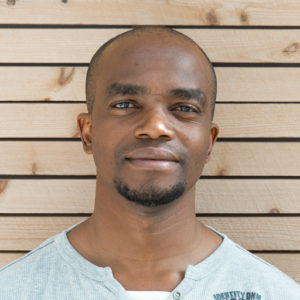 “Everyone” knows that beta-glucans added to the fish’s feed stimulate the nonspecific immune system, but a new project we carried out shows that they can also reduce the expression of inflammatory genes. The results from vaccination trials to trigger abdominal inflammation will be presented at the European Fish Pathologist Conference in Porto September 9-14, 2019. Aquamedic continues to investigate whether beta-glucans can attenuate muscle inflammation due to PD, or inflammation of the hind gut due to high use of plant proteins.